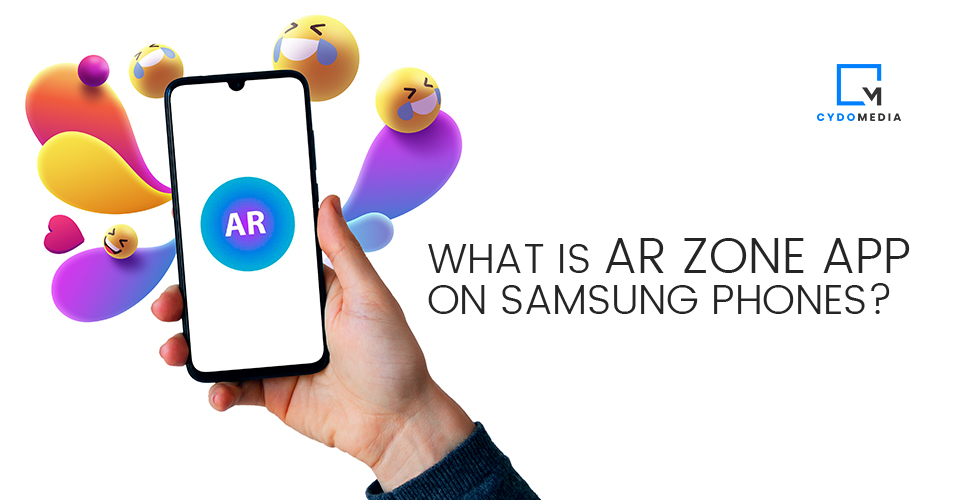 AR Zone App is found massively on Samsung phones, and regular Samsung users are well aware of this feature. All those users who buy new Samsung smartphones are amazed to see the availability by default; upgrading the old Android software gives you the privilege of using the application easily.

The Samsung AR zone app is available on smartphones to give users a brand new augmented reality experience with an attractive look and feel. The application gives the users the liberty to choose their desired feature and captures an image with all the fun elements induced. The fun element is all because of the ar zone app, and Samsung users are enjoying this fantastic feature to the fullest.

After reading the introductory paragraph, you must be thinking about, ‘what is AR Zone App?’ and ‘Is it available only on Samsung phones?’. The look and feel of the application, and are they giving the application preinstalled in smartphones by default?

To find the answers to these questions, you have to read the blog further and enjoy a fun-filled experience of using a Samsung AR zone app android, with exciting user experiences.

You can reach out to us to create an exceptional mobile application concerning your requirements. We’re capable of developing AR & VR applications or games as well!

We’re standing in 2021, a year entirely dependent on technologies, and with advantages, there come disadvantages as well! Let me prove my point concerning statistics, like why the augmented reality-based application is embedded in almost any mobile phone.

Concerning the data shown in this image, by 2023, there will be an estimated ratio of 2.4 billion users AR Zone App, which is undoubtedly a rise of 2.2 billion seen clearly since 2015. However, by the end of 2021, there will be 800 users of the AR zone Samsung application, and the graph is going upwards. The development of mobile applications is exceeding massively these days. It’s because of the technological revolution making prominent changes.

AR Zone Samsung App Samsung has more than 1000+ downloads straightway, a remarkable achievement for the producers. The app owners have already achieved a benchmark, and they’re still working to make minor changes in the application framework to cage more market attention. Samsung, which has incorporated AR Zone Android, doesn’t come with a proper strategy likewise; they’re working on that because most augmented reality applications are games.

How to use AR Zone App on Samsung Smartphones?

AR Zone App is available on Samsung smartphones, and you can follow these quick steps for quick access;

Let’s have a look at, what is AR Zone App on the galaxy, and what are the top-notch features of AR Zone App quickly;

What is AR Zone App on Galaxy? Is it available on Samsung Android Smartphones only?

AR Zone app stands for Augmented reality, with impressive features like AR Emoji, Camera, and Doodle. It is one of the top trending features, loved by everyone who has a Samsung smartphone. Augmented reality-based application has boosted the 3D experience for users, making headlines on the Internet.

Leverages the users to witness augmented reality features on Samsung phones, capturing phones and videos with funny characters embedded in them. Not just characters, the users can add some virtual items in the photos like emojis, clothing items, furniture, makeup, and food stickers.

In a nutshell, it’s an extended version of the camera, just like Snapchat, with a feature to add desired stickers, giving it a 3d look and feel. AR Zone App android is now preinstalled on Samsung devices, so users don’t get bored using their old dusty Samsung camera.

It gives a compelling experience to the users in real-time, taking 3D to the next level making casual photos impressive and realistic. You don’t have to install Snapchat now, but own an updated Samsung phone to have an outclass experience!

How Does An AR Zone App Works?

So, let’s have a look at  Features and Functionalities collectively for better understanding;

Like Snapchat, the Samsung augmented reality-based application allows you to record videos and take photos, keeping your character emojis. With this feature, the application, you can create emojis using AR emoji stickers, creating a bitmoji of yourself. Isn’t it amazing?

After creating your emoji character, you can create AR emoji stickers, which you can place in your captured photos, and videos without any hassle!

Secondly, all your AR emoji stickers are saved in AR zone emoji studio, which you can further customize as per your desires.

It’s hard to find someone who doesn’t like doodling! Samsung phones already had doodling features in their smartphones, and continuing the same custom, they have introduced the AR zone doodle feature. Users can make fantastic doodle images with their handwriting and witness a change themselves!

The Deco pic application is available in the AR zone app to capture photos and videos with emoji stickers.

Lastly, there is a temporary measure through which you can measure the size and distance of the subject instantly.

Where is Quick Measure in Samsung AR Zone?

The new Samsung phones come with unique features, and one of them is an augmented reality-based application. It works like a bitmoji app for Samsung users with temporary measures of the objects being captured. A quick measure is responsible for showcasing an instant measure, as the size and distance of the captured object thoroughly.

Can You Uninstall The AR Zone Samsung App On Your Smart Phones?

If AR Zone Samsung App, AR Emoji Stickers, Augmented Reality Camera isn’t your choice, then you can uninstall the application from your smartphone. But let me tell you one thing, it’s preinstalled in your phone, and you desire to obtain some storage data.

If you want to declutter the application, then you can hide it from your menu card. Although uninstalling it completely will create a big hassle!

You can follow these steps to uninstall the application from Samsung Smartphones.

And boom, you’ve successfully hidden the augmented reality Samsung App from your menu. Although it’s still present there, you can access it y redoing the task we’ve explained already.

What is AR Zone on Samsung Galaxy S20?

Similarly, as casual Samsung smartphones, it’s available on Samsung Galaxy S20 for the users who love the features! This remarkable application enables you to utilize all the features, such as AR Emoji Stickers, Doodling, Deco Pic App, giving the users a remarkable experience! However, you can easily download the AR Zone application from the play store & enjoy the amazing features!

So, I hope you’re now well aware of the fun elements and functionality of the AR Zone Samsung Application. After reading this blog, you will be well aware of what AR Zone is on Samsung smartphones and where we stand right now in 2021. Moreover, technology is making remarkable progress, and this massive growth creates many opportunities for tech enthusiasts.

However, maybe in 2-3 years, we’ll add more exciting features to visualize the real-time images. You people are free to question anything regarding this article.